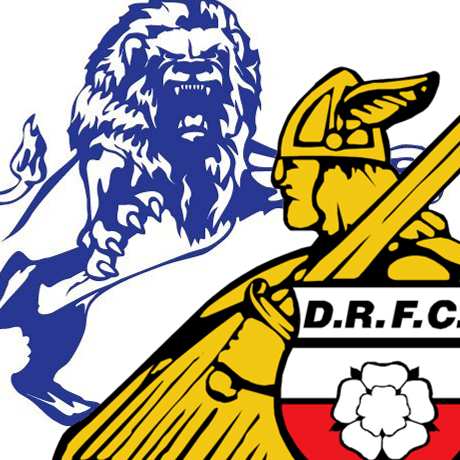 Beleaguered Doncaster moved a step closer to relegation from the npower Championship as fellow strugglers Millwall significantly boosted their own survival hopes by coasting to a 3-0 victory at the Keepmoat Stadium.

Kenny Jackett's men were gifted a healthy advantage inside the opening 13 minutes, the unmarked Andy Keogh heading his fourth goal in six games before Harry Kane doubled the lead with a speculative strike from distance that deceived Carl Ikeme.

A lacklustre Rovers outfit were unable to respond and Millwall wrapped up the points shortly before the hour mark through Darius Henderson's 19th goal of the season in all competitions.

The Lions now sit nine points clear of the drop zone, but Doncaster are four adrift of safety with games running out - and the manner of this defeat will only serve to increase the pressure on manager Dean Saunders, who was subjected to criticism from sections of the home support.

Shelton Martis, Pascal Chimbonda and Kyle Bennett all dropped out of the Rovers squad, with Sam Hird, James O'Connor and James Hayter taking their places in the starting XI.

Millwall recalled Tony Craig and on-loan Tottenham youngster Kane in place of Alan Dunne and Hameur Bouazza, who were each named among the substitutes alongside new loan signing Nick Montgomery.

After a dire opening, the away side took the lead through their first meaningful attack in the eighth minute. James Henry was allowed to progress unchallenged down the right and his excellent cross picked out former Wolves striker Keogh, who made no mistake from six yards.

Things swiftly went from bad to worse for Doncaster when Ikeme failed to keep out a powerful long-range effort from Kane that appeared to go through the hands of the goalkeeper.

Ikeme was at least able to get his body behind a low shot from Henry in the 18th minute, but Millwall continued to cut through their opponents' defence with ease, Kane volleying wide moments later.

Surprisingly, Tommy Spurr represented Rovers' greatest attacking threat prior to the interval, the full-back twice cutting in from the left before narrowly missing the target on each occasion.

Visiting goalkeeper Maik Taylor remained untroubled and his side were soon back on the front foot at the start of the second half.

A fierce strike from Henry was kept out by a combination of the woodwork and Ikeme, who then produced a superb one-handed save to thwart Henderson.

Millwall's top scorer would not be denied for much longer and added a third for his side in the 58th minute when he met another fine ball from Henry with a deft finish at the near post.

Frederic Piquionne went close for Rovers soon after, but Taylor was not called into action until the 79th minute, when Giles Barnes headed tamely towards goal to prompt ironic cheers from Doncaster's frustrated fans.