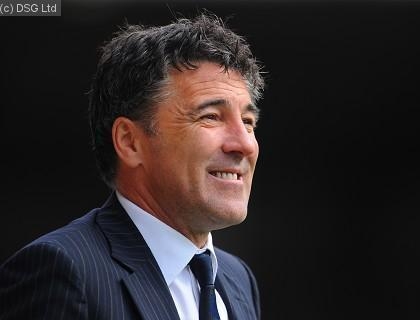 Rovers march on at top

Doncaster turned on the style to end Hartlepool's seven-match unbeaten run with a commanding 3-0 victory to stay top of the table.

Pools looked nothing like a bottom four side as they began the game with plenty of confidence and played some excellent football.

But the home side gradually wore them down to snatch a half-time lead before dominating after the interval.

Jonathan Franks went close for Hartlepool before Rovers went ahead in the 35th minute with a super solo goal from Iain Hume to beat a couple of players on a jinking run before firing into the bottom corner from the edge of the box.

Pools never gave up the fight, but Rovers asserted their superiority when James Coppinger made it 2-0 in the 55th minute with a deflected shot that trickled over the line following good work by James Husband.

Rovers went close several times before Pools striker Steve Howard headed against the post at the other end after 77 minutes.

But the npower League One leaders rounded off a convincing display when Billy Paynter headed home in fine style following another splendid open cross from Husband nine minutes from time.