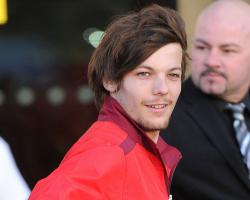 Doncaster 1-3 Port Vale: Match Report - view commentary, squad, and statistics of the game as it happened.Forrester red ruins Rovers' dayDoncaster had star man Harry Forrester controversially sent off as they slumped to an unexpected 3 -1 defeat against impressive Port Vale.Vale chalked up a 6-2 cup victory over Hartlepool in midweek and were in fine form again as they finished worthy winners.But the home side seemed unfortunate to be reduced to 10 men in the 79th minute when Forrester was dismissed after accidently kicking Sam Johnson in the face as he tried to shoot after rounding the keeper, who had dived at his feet.By then the game was over as a contest

Vale had soaked up early pressure from the home side to hit back with three goals before the interval.Ben Williamson added to his midweek hat-trick when he headed home in opportunist style after Jed Steer had done well to tip out a goal-bound effort from Chris Lines.Tom Pope scored for the third game in a row to make it 2-0 with a superb angled shot, which went in off the far post in the 39th minute and Carl Dickinson hammered home the third a couple of minutes later following a corner.Substitute Kyle Bennett pulled one back with a looping 25-yarder 15 minutes from time but Rovers never looked like hauling back the deficit