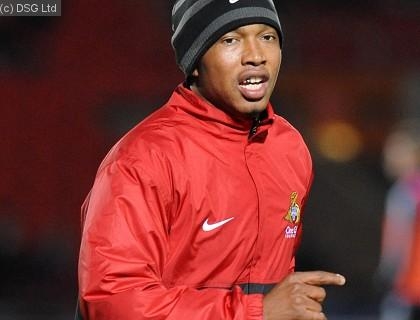 Chris Brown notched his fourth goal of the season to salvage a point for Doncaster in a hard fought 1-1 draw against high-flying Stevenage.

Both sides relied on a route one approach in a scrappy first half but it paid off for the visitors when they snatched the lead in the 16th minute.

Filipe Morais crossed from the left and Oliver Risser sent a glancing header into the net from close range.

Doncaster struggled to find a response as Stevenage went into defensive mode although David Cotterill was unlucky to have an effort disallowed for a marginal offside decision just before the interval.

Rovers stepped up the pace in a more entertaining second half and were rewarded when they grabbed a deserved equaliser in the 79th minute.

A free-kick from Cotterill was headed across the face of the goal by Rob Jones and Brown pounced to score with a left-foot shot on the turn.

Stevenage were fortunate to hang on in a desperate closing spell and had to rely on a couple of fine saves from Chris Day to deny Brown and Jones snatching a winner.