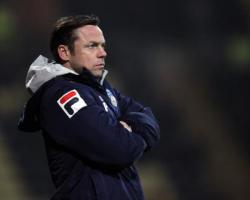 Doncaster boss Paul Dickov hopes to have some players back from injury in time for the visit of fellow strugglers Millwall.


"We are hopeful that one or two will be back but it is still a large injury list," said Dickov. "In terms of trying to get players in, it has been spoken about a board level, we are making inroads and will hopefully be getting a few in come January."


Defenders Jamie McCombe (back), Rob Jones (neck) and James Husband (shoulder) and midfielder Paul Keegan (hamstring) have been out for some time. Husband and Keegan are the nearest to being ready to make a comeback but they are likely to remain unavailable for Sunday.


Managerless Millwall will be without Dan Shittu.


Centre-half Shittu serves a one-match ban after he was sent off in the early stages of the 4-0 Boxing Day defeat at Watford which cost boss Steve Lomas his job.

Coaches Neil Harris and Scott Fitzgerald have been placed in temporary charge and are likely to recall skipper Paul Robinson in place of Shittu.

Midfielders Richard Chaplow (groin) and Nicky Bailey (knee) are in contention after spells out along with winger Lee Martin, who has recovered from a hamstring injury.