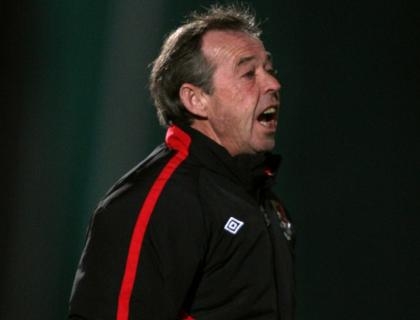 Former Wales Under-21 boss Flynn has been in temporary charge along with captain Rob Jones since Dean Saunders left the club 10 days ago to take over at Wolves.

The pair guided Doncaster to a 2-1 win at Stevenage last weekend to keep Rovers joint top of npower League One.

The south Yorkshire club have decided to keep the current management team in place to ensure a "seamless transition" as they chase promotion during the second half of the season.

"We are pleased to announce that Brian and Rob have taken up our offer to manage the team and are now fully focused on the game against Leyton Orient on Saturday," said Doncaster chairman John Ryan.

"Brian has a great history at the club and is being assisted by our current captain Rob Jones, who has earned the respect of his team-mates and fans this season through his commanding leadership.

"We had an overwhelming number of applications for the position, including former international and Premiership managers. However, after a detailed process we felt that our initial choice - Brian - was the best person to put in charge and would allow a seamless transition.``

Flynn, 57, spent eight years in charge of Wales' youth teams before joining Doncaster as a scout in August.

The former Wrexham boss has been out of club management since leaving Swansea in 2004.