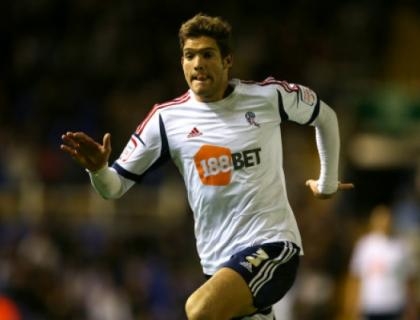 Mason to start for Bolton

Bolton boss Dougie Freedman has confirmed loanee Joe Mason will start for the first time this weekend against Doncaster.


The Cardiff forward has so far made two substitute appearances off the bench, but with Wanderers losing both of those clashes on the back of a two-month, eight-game unbeaten stretch, Freedman senses the need for fresh ideas.


Another who has an outside shot of making Freedman's XI is Chris Eagles, now over his groin strain, while Alex Baptiste is likely to slot in at left-back again with Wanderers still searching for their first home clean sheet of the campaign.


Mark Davies and Josh Vela both played 65 minutes in a behind-closed-doors friendly in midweek, but the pair are set to occupy the sidelines again alongside fellow knee-injury victims Joe Riley, Mark Davies and goalkeeper Adam Bogdan and full-back Marc Tierney (foot).


Ritchie Wellens is an injury concern for Doncaster.


Wellens, who is about to begin talks with the club about extending his contract, was taken off at half-time against Birmingham in midweek as a precautionary measure with a stiff back. He will be assessed on Friday but Rovers boss Paul Dickov is hopeful the midfielder will be fit.


Brown is the closest to regaining full fitness but the striker is still thought to be a couple of weeks away from making a return.